PSquare: Actor Ehumadu tackles Peter, Paul Okoye over reunion, says they are going out of music as solo

Actor Emmanuel Ehumadu seems not to be impressed with the news of the defunct PSquare brothers, Peter and Paul Okoye, making a reconciliation.

His opinion about the new development is that Peter, a.k.a Mr P, and Paul, a.k.a Rude Boy, decided to reconcile after five-year rift because they noticed they were going out of the music as solo artists.

Recently, the music stars had started making moves to comeback, even held a party for their fans to show the rifts are over between then.

The actor shared this thought on his Instagram page.

Read what he wrote below: “Rude Boy Paul of PSquare and his brother Peter noticed they were going out of music market as solo artists.. and decided to come back together as they are tired of losing out…Una dey congratulate them…Una continue na…Hehe” 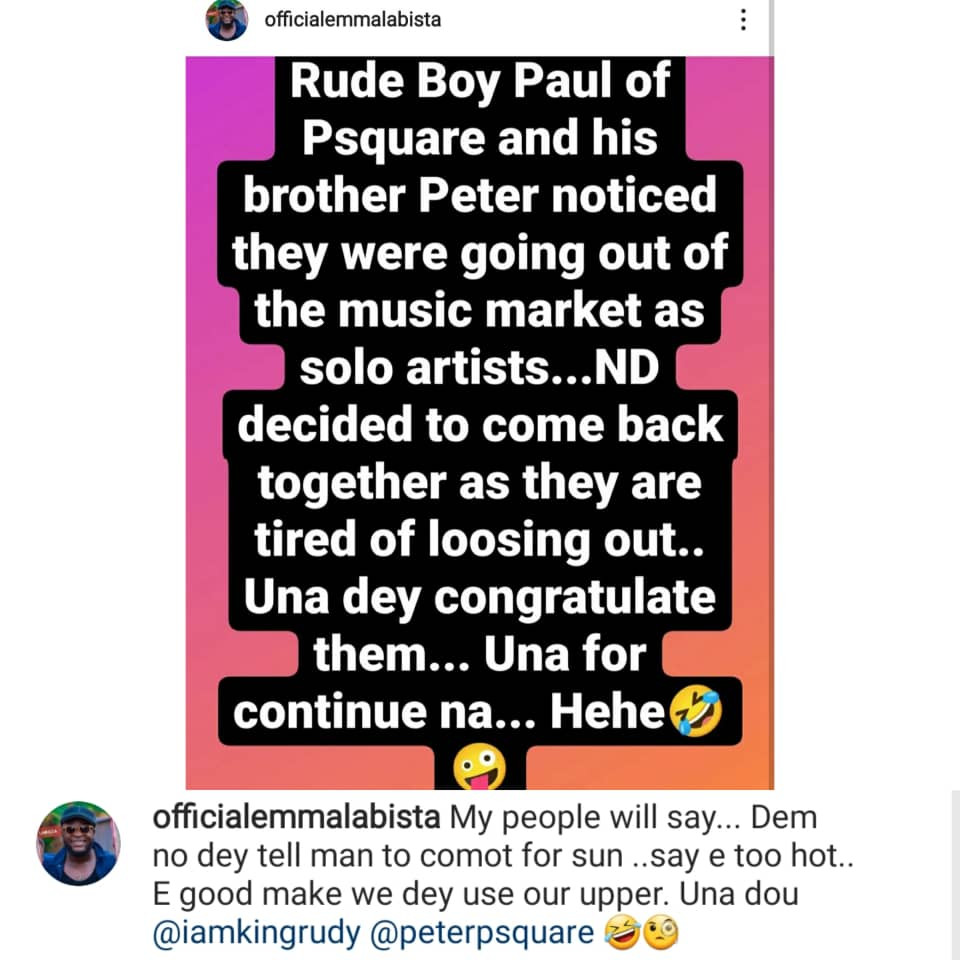 World Medical Association calls for broad use of COVID-19 boosters

4.21 million Nigerians lifted out of poverty through Agricuture in two years – FG

NNPC opens up on burden of fuel subsidy

Buhari commiserates with parents of students killed by trailers in Lagos

ASUU to shut down universities as 3 weeks ultimatum expired

We could not have sex for six years, Fani-Kayode could not perform in bed– Precious Chikwendu